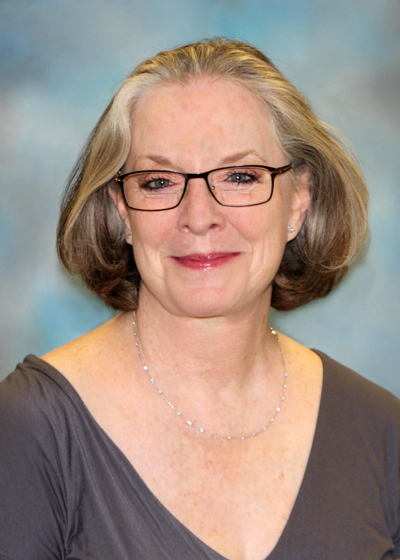 Barbara Luke, ScD, MPH is a reproductive epidemiologist with degrees from Columbia University in nursing and population studies, from New York University in foods and nutrition, and her doctorate from Johns Hopkins University in maternal-child health and epidemiology. She is the author, coauthor, or editor of 17 books, 34 chapters, more than 150 original research papers and reviews (100 first author and 30 second or senior author), and more than 200 scientific abstracts. Her research has been funded from both private foundations and federal sources totaling more than $19.7 million to date, of which $19 million has been from NIH as Principal Investigator or Co-Principal Investigator.

Dr. Luke has published extensively in the areas of maternal nutrition, employment during pregnancy, multiple births, and infertility. She created the University Consortium on Multiple Births, researchers from four universities (Johns Hopkins University, Medical University of South Carolina, University of Miami, and University of Michigan) who have collaborated on studies to improve outcomes in multiple pregnancies. She developed a database of more than 3,500 twin, triplet, and quadruplet pregnancies, which began with a decade of twin births in Baltimore, Maryland for her doctoral thesis. Her work over the past 25 years has focused on developing prenatal care standards for multiple pregnancies. Her studies have been cited in the American College of Obstetricians & Gynecologists’ Technical Bulletin on Multiple Pregnancy, the New York Times, the Washington Post, the Wall Street Journal, and Williams’ Obstetrics. In 2009, the Institute of Medicine used her research team’s body mass index-specific weight gain guidelines as the first national recommendations for women pregnant with twins. Her book, When You’re Expecting Twins, Triplets, or Quads (HarperCollins, 4th edition, 2017), which was based on her doctoral dissertation and subsequent research with the University Consortium on Multiple Births (see below), won Outstanding Book of the Year from the American Society of Journalists and Authors in 2000, and has sold more than 850,000 copies. She is the recipient of the 2005 Agnes Higgins Award from the March of Dimes for distinguished lifetime achievement in maternal-fetal nutrition.

Between 2006-2019, Dr. Luke collaborated with the Society for Assisted Reproductive Technology (SART) in a series of NIH-funded projects to evaluate the health of men, women, and their children after infertility treatment, including linkage of the SART database with State Vital Records, and Birth Defects and Cancer Registries. In 2009, she and her research team received the Scientific Program Prize for their paper, Maternal Obesity Adversely Affects Assisted Reproductive Technology (ART) Pregnancy Rates and Obstetric Outcomes, presented at the annual meeting of the American Society of Reproductive Medicine. The 2011 publication of this study in Human Reproduction (2011; 26:245-252) was selected by the American Board of Obstetrics and Gynecology to be required reading for Maintenance of Certification in reproductive endocrinology and infertility. In 2012, another paper by her and her team was also chosen as required reading for practicing reproductive endocrinologists (Racial and Ethnic Disparities in Assisted Reproductive Technology Outcomes in the United States, Fertility & Sterility, 2010; 93:382-90). In 2013, she and her research team again received the Scientific Program Prize at the annual meeting of the American Society of Reproductive Medicine for their paper, Birth outcomes associated with assisted reproductive technologies: Findings from the Massachusetts Outcomes Study of Assisted Reproductive Technologies (MOSART). In 2019, she received Second Place for best poster at the annual meeting of the American Society of Reproductive Medicine for their analysis, In vitro fertilization and risk for hypertensive disorders of pregnancy: Associations with treatment parameters, (American Journal of Obstetrics and Gynecology, 2020; 222:350. E1-13). Completed projects in this area include an R01 grant linking the SART data for 2004-2013 to State vital records and cancer registries of 14 States, to create a cohort of approximately 2.7 million children, including over 275,000 conceived by IVF (and 42,000 IVF siblings) to evaluate the association between assisted reproduction and the risk for childhood cancer. A supplement to this grant linked the SART database to three States (New York, Texas, and Illinois) to evaluate the risk of cancer among approximately 50,000 women after IVF treatment and evaluated the use of IVF for fertility preservation among women diagnosed with cancer. A current R01 grant which began in October, 2016 builds upon the initial grant in four states (NY, TX, MA, and NC), further linking to birth defects registries, standardized grade school testing in 3rd and 6th grade, and mortality through age 14 among 160,000 IVF children, 30,000 IVF siblings, and 1.25 million controls. In July 2019, another R01 grant was launched, evaluating IVF outcomes in women diagnosed with cancer in the original 14 States; this study will additionally examine live birth rates from frozen oocytes. Two other R01 grants are under review at NIH, evaluating long-term health in men and women treated for infertility, and a third grant is in development evaluating child health after IVF; all three grants are in collaboration with researchers at the University College London and the University of Sheffield.

Dr. Luke has held elected offices in both the American Dietetic Association and the Society for Pediatric and Perinatal Epidemiology Research and has been on national and international editorial and advisory boards.