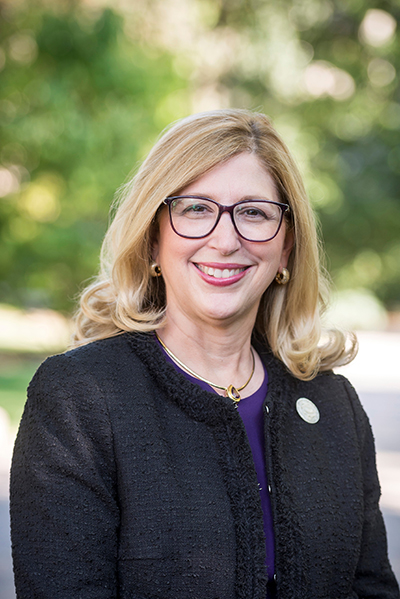 Teresa K. Woodruff, Ph.D., is Provost and Executive Vice President for Academic Affairs at Michigan State University. She is an MSU Foundation Professor in the Department of Obstetrics, Gynecology, and Reproductive Biology, and the Department of Biomedical Engineering.

As a leading research scientist, Woodruff was awarded the Presidential Award for Excellence in Science Mentoring by President Obama in an oval office ceremony in 2011. Most recently, Woodruff was a recipient of the Endocrine Society’s 2021 Laureate Award, a top honor that recognizes the highest achievements in the field of endocrinology. She holds 13 U.S. Patents and is an elected fellow of the American Academy of Arts and Sciences (2020), the National Academy of Medicine (2018), the National Academy of Inventors (2018), the American Institute for Medical and Biomedical Engineers (2017), and the American Association for the Advancement of Science (2006).

Woodruff earned her Ph.D. in Biochemistry, Molecular Biology, and Cell Biology from Northwestern University and holds a B.S. in Zoology and Chemistry from Olivet Nazarene University.

Dr. Woodruff is an internationally recognized expert in ovarian biology and reproductive science. In 2006, she coined the term “oncofertility” to describe the merging of two fields: oncology and fertility. In addition, she championed the new National Institutes of Health (NIH) policy mandating the use of females in fundamental research.