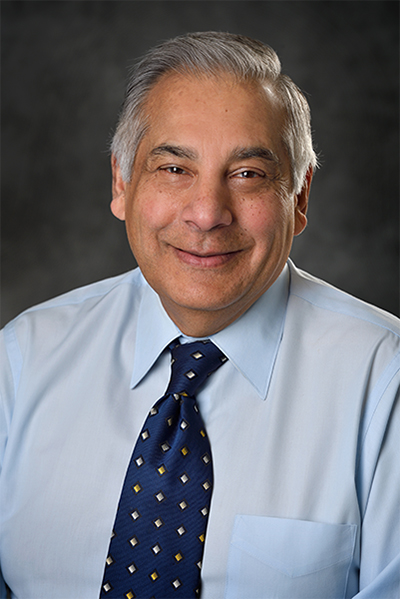 Understanding the critical cellular events that define synchrony between the developing embryo and the maternal uterus in a species that is phylogenetically related to humans will be paramount in improving the success of assisted reproductive therapies. Ongoing studies in the Fazleabas' laboratory are at the leading edge of this type of research endeavor. His laboratory was the first to conclusively demonstrate that signals from the primate embryo, like those of other species, induce cell specific changes in uterine gene expression. These changes are thought to play critical roles in establishing a synchrony between the maternal environment and the developing embryo that is a pre requisite for a successful pregnancy. These studies have clearly elucidated the mechanisms by which apoptosis is inhibited within the uterus in the presence of a conceptus, the fundamental hormonal and cellular requirements associated with the process of decidualization and potential functions of uterine proteins in the establishment of pregnancy. The current focus of the work is on the mechanisms by which Notch signaling mediates uterine function during the establishment of pregnancy. A hallmark of all the studies from his laboratory is the ability to confirm all their in vitro findings in vivo as a fundamental application of true physiology in the appropriate tissue context. In addition, his laboratory has established a baboon model for endometriosis. The focus of these studies are to understand the etiology and pathophysiology of Endometriosis, a poorly understood, enigmatic disease that affects five to fifteen percent of all women of reproductive age and has an estimated economic impact of approximately 22 billion dollars in the US. It is reported to be the leading cause of infertility in women. The unique nature of the primate model that he has developed to study endometriosis and the strong multidisciplinary group that he has established has led to important and fundamental findings regarding the causative effects of endometriosis on aberrant gene expression in the eutopic endometrium that may contribute to infertility. Currently the focus is on the role of miRNA’s in regulating cell proliferation and apoptosis and the molecular mechanisms that contribute to progesterone resistance. In addition, the laboratory is also focusing on epigenetic modifications in both endometrial and endometriotic tissues and novel nanoparticle driven therapies to control the disease. Furthermore, studies from the. Fazleabas' laboratory has also identified the genes that may be involved with the process of angiogenesis and cell adhesion during the establishment of lesions in the peritoneal environment.

NICHD RO1 HD 042280 ‚ “Modulation of the Receptive Endometrium by Notch 1” – The overall focus in to understand the cellular and molecular role of Notch1 in the regulation of decidualization and the consequences of its altered expression on fertility as a consequence of gynecological pathologies and reproductive disorders.

NICHD R21 HD 082453 ‚ “Role of MicroRNA 451 in the Pathophysiology of Endometriosis” – The overall focus is to determine if targeting miRNA 451 in endometriotic lesions could be a useful therapeutic approach for the treatment of endometriosis.

NICHD RO1 HD 083273 “Role of MicroRNA in the Pathophysiology of Endometriosis” – The overall focus is to understand how specific miRNA’s that are dysregulated in endometriosis and their target genes contribute to altered proliferation, progesterone resistance and fibrosis that could contribute to the development of endometriosis.